Retrospecs lets you convert images and videos so they appear as they would on a variety of home computers and consoles from the 70's, 80's and 90's. It's part image filter app, part tribute to the sort of computers I lusted after whilst pouring over copies of Byte magazine as a lad.

Retrospecs is available for iOS (it supports iPhones, iPods and iPads) and version 2 requires iOS 9 or above. (The 1.36 release will work on older devices, although it doesn't support image animations or video processing.)

View in the App Store

For a full list of the current computer and console presets, see the updates section. A full list of credits is also available.

The following images, animations and videos were all generated in Retrospecs. For the full list of system presets and custom emulations options, see the updates section.

A very small sample of some of the system presets and custom emulation options available in Retrospecs. A sample of the 10+ animation effects you can apply to still images within Retrospecs. (Click thumbnails to view.)

A few examples of videos processed in Retrospecs. (Click thumbnails to view.)

Whilst experimentation is often the key to getting the best results, here's some tips and tricks to help you get the most out of Retrospecs…

There's also a tutorial on exporting pixel art for use on native systems and creating an Apple ][ style custom emulation if you're interested in such things, although there's now a built-in Apple ][ Hi-Res mode.

Version 2.18 is now available in the App Store.

The current system presets as of release 2.18 are:

To create a shiny new custom emulation, either hold two fingers down on the preview image in the converter (which should create a *roughly* equivalent custom emulation for you to begin customising) or select the "Custom" system and then tap "Create new emulation" under the mode tab.

The current custom emulation options as of release 2.18 are:

Once apon a time

The idea for Retrospecs had been kicking about in my mind for a few years – the concept being part preservation/part tribute to the sort of computer systems I lusted after whilst pouring over handed down copies of Byte magazine as a lad. However, I didn't get around to implementing anything concrete until early February '14 when I roughed out some vague proof of concept algorithms.

At the time I was re-skilling between jobs (the goal being to transition between web and native app development), so I abandoned the other bits I was experimenting with and started focusing full time on the app proper. After several weeks intensive graft, the first conversion engine (the "attribute" engine, created specifically with the Sinclair ZX Spectrum in mind) was limping along natively on my trusty iPhone 4. 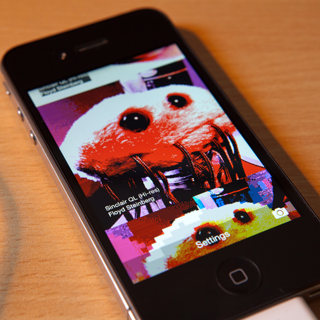 Fast forwarding a bit, over the following three months I threw myself into expanding the available conversion engines, added a basic user interface and by Saturday the 7th of June 2014 I'd finally submitted the first build to the Apple App Store.

Shortly after that, I was back in full time work and so Retrospecs became a strictly weekend affair - adding new engines and emulations and building out the UI until it was roughly how I initially envisaged it. (Apart from a layer of output filters including phosphor and raster effects - they're still to come. Oh, and video. And all that other stuff lurking on the to-do.)

Fast forward three and a half years (and thirty-five updates to the 1.x app) and work began on version 2 - the focus being to provide support for video processing. (Although being realistic, this was only going to be feasible on more modern devices.) After a few months working on the app, the initial release of the 2.x series was on the 13th of March, 2018.

At little over fifteen months (and ten updates to the 2.x series) later, version 2.10 of the app – complete with a new character set and palette editor was launched in the App Store on the 13th of July 2019.

On top of that, I've also spent many snatched hours of an evening completely failing to attract much of a following for the app, usually by failing to convince people to accept a promo code on Twitter. (Sorry about that.)

As I recently phrased it:

"I think my attempts at marketing are, on a good day, perhaps best described as the distraught thrashings of a drowning man."

The best way to get in touch for quick queries is via Twitter, but if you'd prefer something less transient by all means send an email to: